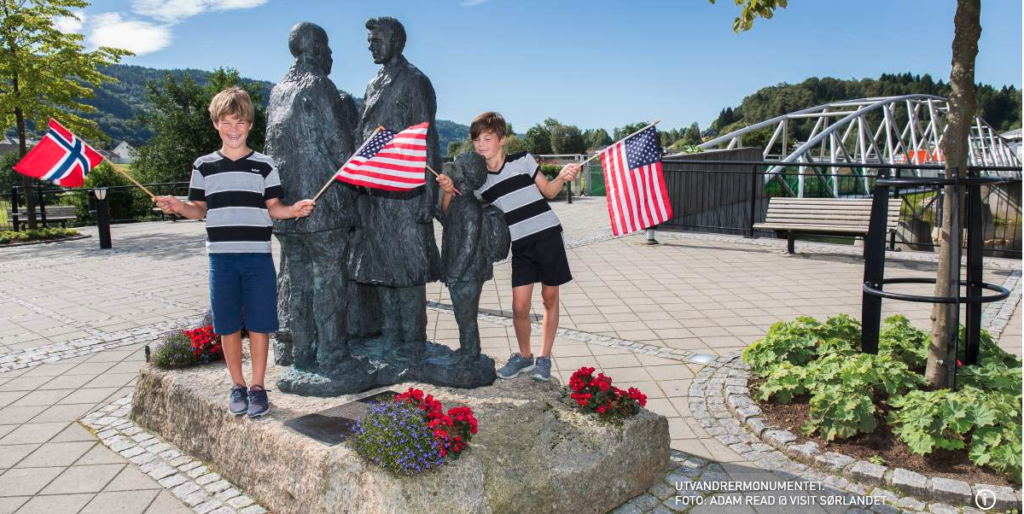 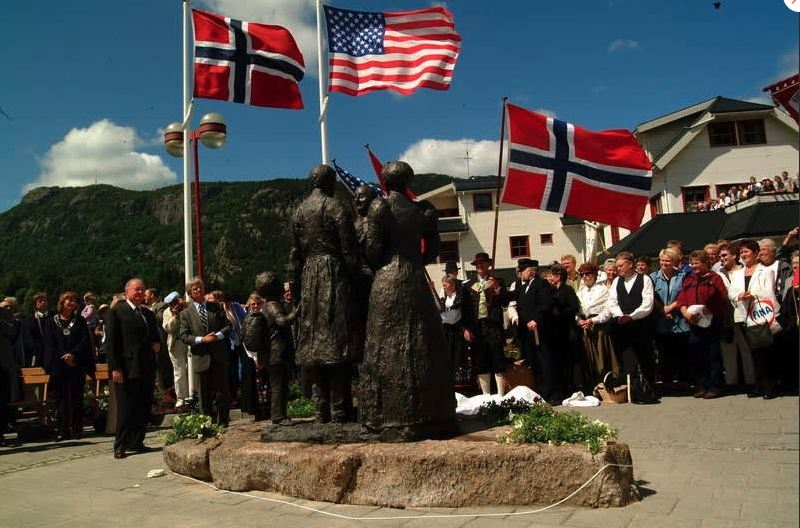 The expatriate monument in the center of Kvinesdal was erected in 2002 in memory of all those who emigrated to the United States from the South. The emigration from Norway to the United States started in 1825 with Cleng Peerson and 51 other emigrants who left with the brig "Restoration". In the first period, emigration was modest from southern Norway, but from about 1890 it accelerated and remained factual until about 1970. Although the emigration was large from many settlements in southern Norway, Kvinesdal is probably the municipality in Vest-Agder where the emigration had the greatest scope. As an example, of the 13 Feda Confirms in 1900, 9 traveled to the United States. 3 later returned to Feda, the others remained "over there".

The expatriate monument stands in the square in the center of Kvinesdal. The bronze monument is made by the artist Tore Bjørn Skjølsvik.

This website uses cookies to improve your experience as you navigate through the website. Out of these cookies, the cookies that are categorized as necessary are stored on your browser as they are essential for the working of basic website functions. We also use third-party cookies that help us analyze and understand how you use this website. These cookies will be stored in your browser only with your consent. You also have the option to opt out of these cookies. But opting out of some of these cookies may have an effect on your browsing experience.
Necessary Always activated
Necessary cookies are absolutely essential for the website to function properly. This category only includes cookies that ensure basic functionalities and security features of the website. These cookies do not store any personal information.
Non-necessary
Any cookies that may not be particularly necessary for the website to function and are used specifically to collect user personal data through analytics, ads, other embedded content are termed as non-necessary cookies. It is mandatory to procure user consent prior to running these cookies on your website.
SAVE & ACCEPT